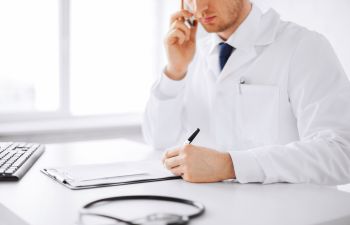 Whether you are visiting your physician due to illness, or you are preparing for a planned surgery, you place an extraordinary amount of trust in your doctor and the care you’ll receive. Consider the following scenario—imagine that during a routine examination, a radiologist performs x-rays prior to an operation. The x-rays reveal a nodule on the lung that concerns the radiologist. In turn, the radiologist recommends that further tests, including a CT scan be taken. Unfortunately, a CT scan is never taken and the nodule is not examined further. Consequently, the individual later learns that they have stage IV cancer, and the prognosis is grim. This is one example of a delayed diagnosis that could lead to a medical malpractice claim.

Without question, when a doctor fails to diagnose a medical condition, it can produce serious physical, financial and emotional consequences for individuals and their families. Depending on the condition, it can even lead to death. Given the following conditions, a delayed diagnosis can be especially devastating.

When medical conditions go undetected, or when they are diagnosed late, it could be the difference between life and death. That’s why it is important to contact a medical malpractice attorney if you or a loved one is hurt as a result. You might be able to file a medical malpractice claim against your doctor or healthcare provider.

To gain insight into a potential medical malpractice case in Georgia, call Plunkett, Hamilton, Manton & Graves, LLP today. You can trust us to remain dedicated to your case for as long as it takes.